In 1935 Father Percy Graves, parish priest of Berkhamsted, asked the Franciscan Sisters at St Mary’s Abbey, Mill Hill, to provide a Catholic school for the town. Several houses were viewed and in July 1936 a suitable property was found at 1, Boxwell Road, which had the added advantage of backing onto the Catholic church in Park View Road with access through the back garden. Rental was agreed at £70 per annum and the house was available in October. 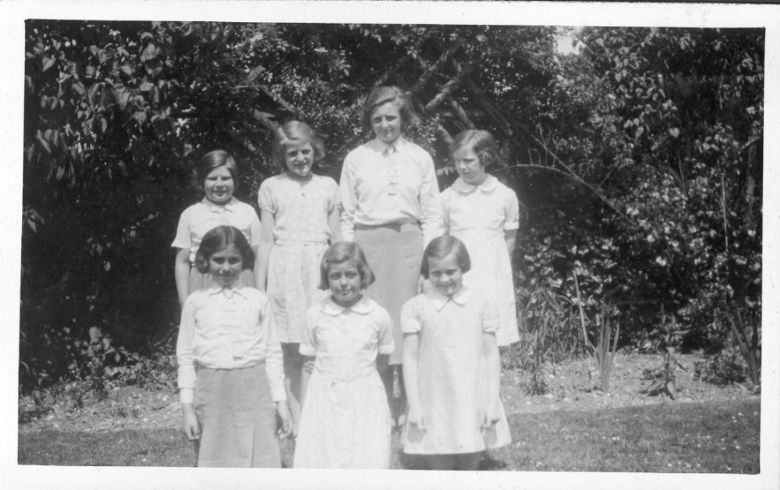 Repairs and alterations were required and a letter was sent out at St Mary’s Abbey to former pupils, friends and relatives for equipment to furnish the house and cash donations to help pay the rent. Three Sisters arrived on October 28th; Philomena, Teresa and Paulina, followed a few days later by the Superior, Mother St John. Several parishioners came to help clean the house and get it ready for the opening of the school. Mrs Crabb was engaged as a cleaner at 8d per hour.

The school opened with 14 girls and fees were £5 per term, “when possible which was not often”. 10 other children also came for instruction and the nuns were shocked at the children’s lack of knowledge of the Catholic faith.

The nuns were also surprised at the reception they received from the townsfolk who seemed frightened of them!

By the end of the summer term the school had 24 pupils and it continued to expand so that by 1941 there were 116 pupils, including 12 evacuees who were looked after at 7, Boxwell Road.

‘Huts’ were built in the garden to accommodate the growing school. 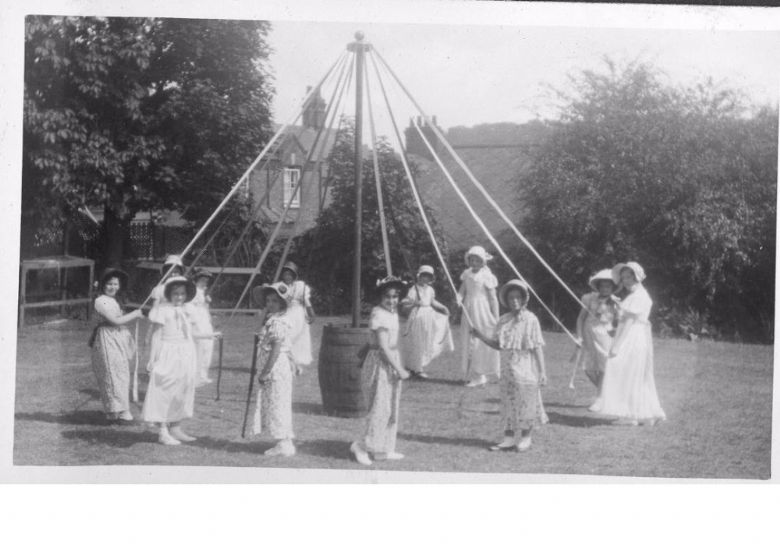 Here are a group of girls dancing  around a May Pole in 1940.

In 1946 the lease ran out, and although they had the offer to purchase the property for £766, the nuns chose to move to a larger house, ‘Lyncroft’ in North Road with 51 pupils. The adjoining house, ‘Blendworth’ was later purchased, with an entrance from Kitsbury Terrace. 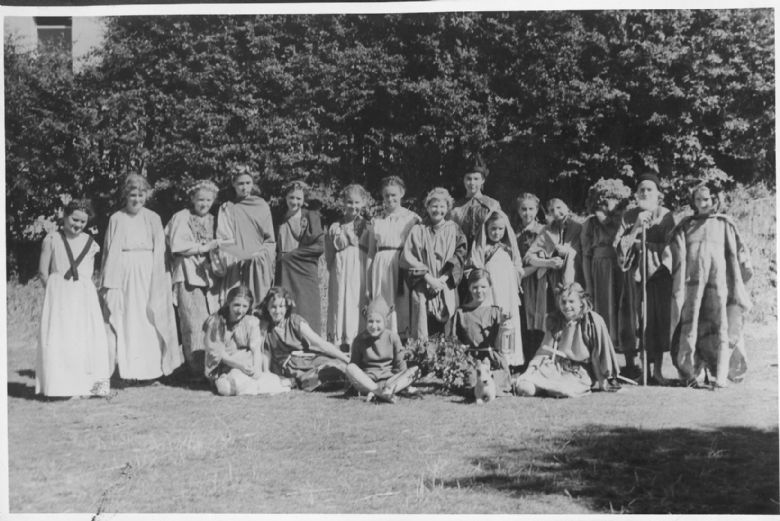 The number of pupils had risen to 100 by 1950 but due to lack of finances the school nearly closed in 1953. The Catholic girls were sent to the Francis de Sales Convent in Tring and the other children went to a local primary school, probably Park View School.

The nuns managed to keep open a small Parish school and they also opened a nursery to try to improve their income but it was to no avail and the nursery was given over to the London County Council but run by the sisters. 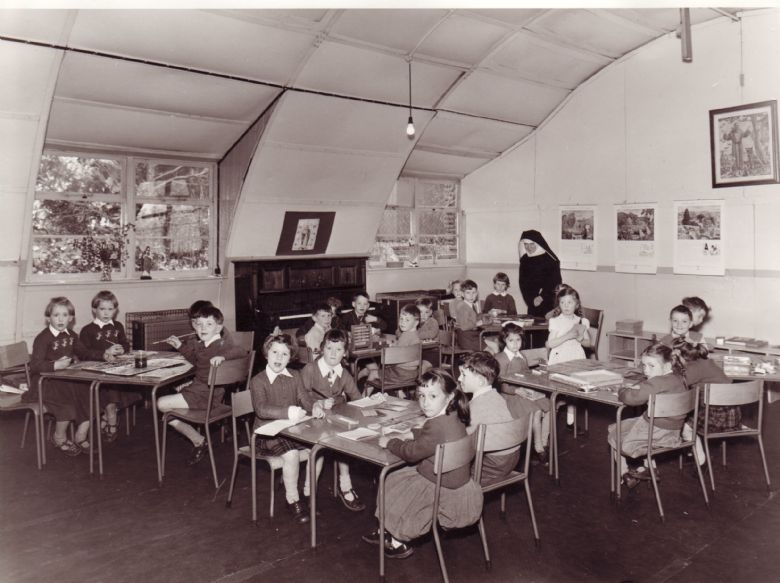 The school remained teaching children aged 5 to 11 until 1965 when the new school in Greenway was due to open.

The nuns were very resourceful with their building skills!

This is the artist’s impression of how the new school would look. 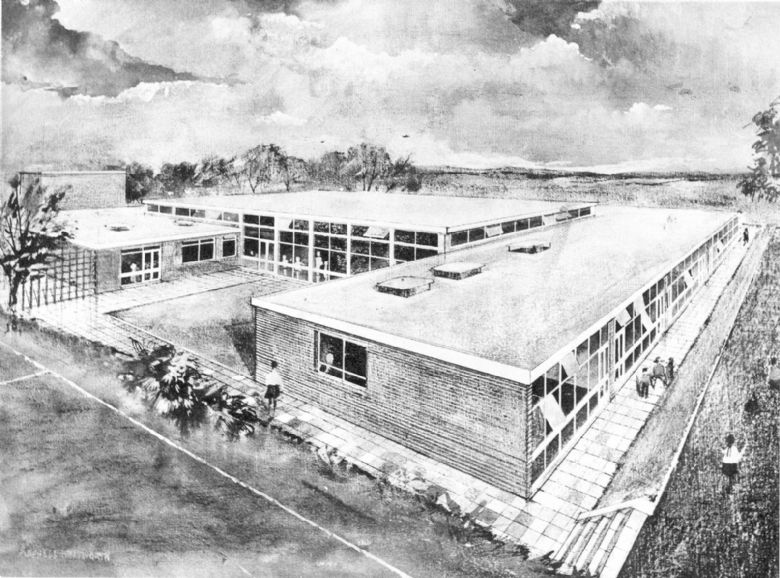 The school opened in Greenway as a Voluntary Aided School in January 1966, with 165 children on the school roll. Mr F Turvey was appointed Headmaster and Sister Laurentia became Deputy Headmistress.

The school was officially opened in June 1967 by Cardinal Heenan, Archbishop of Westminster.

The school continued to flourish and due to later government changes every school was required to offer nursery education. 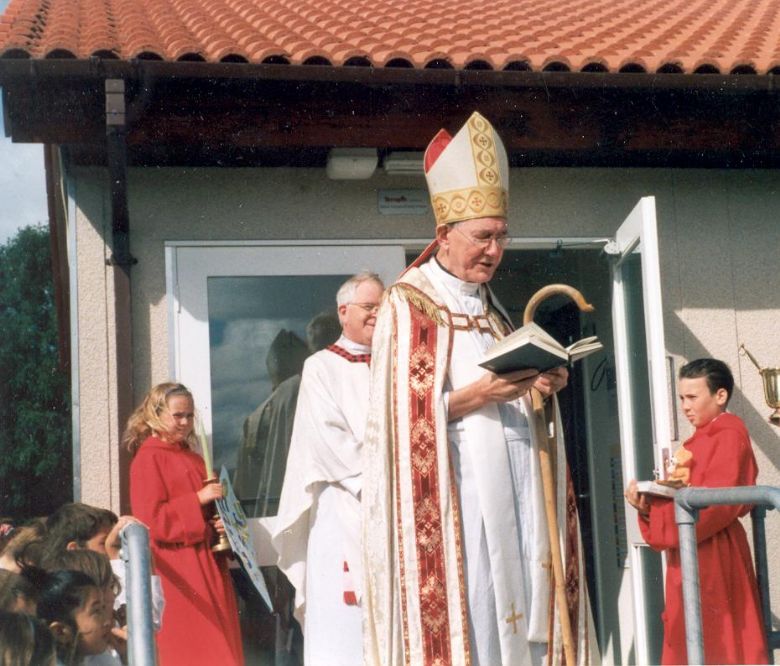 After two years fundraising we were able to build a nursery which was opened by Bishop O’Brien in 2001.

In 1969 the North Road convent was sold and the sisters moved to ‘Eastfield’ in Shrublands Road where they remained until 1987 when the last nuns moved back to the convent in Mill Hill and the house was offered to the Hospice committee as suitable premises.

The convent therefore became the Hospice of St Francis, keeping the connection with the Franciscan nuns who had lived there.